Experiment for the study of the characteristics of a three-pinned arch under various load conditions. Mounts on the Structures platform and connects to the Structures automatic data acquisition unit and software (VDAS® Onboard).

This product helps students to understand how loads affect the horizontal reaction forces in a three pinned arch. 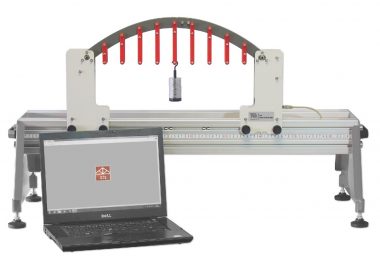 OVER 35 YEARS OF SERVICE